These Portuguese coconut custard tarts are little pastries that look like cupcakes. They’re a classic in which the best parts of creamy milk custard and eggy macaroon come together in very Portuguese fashion. 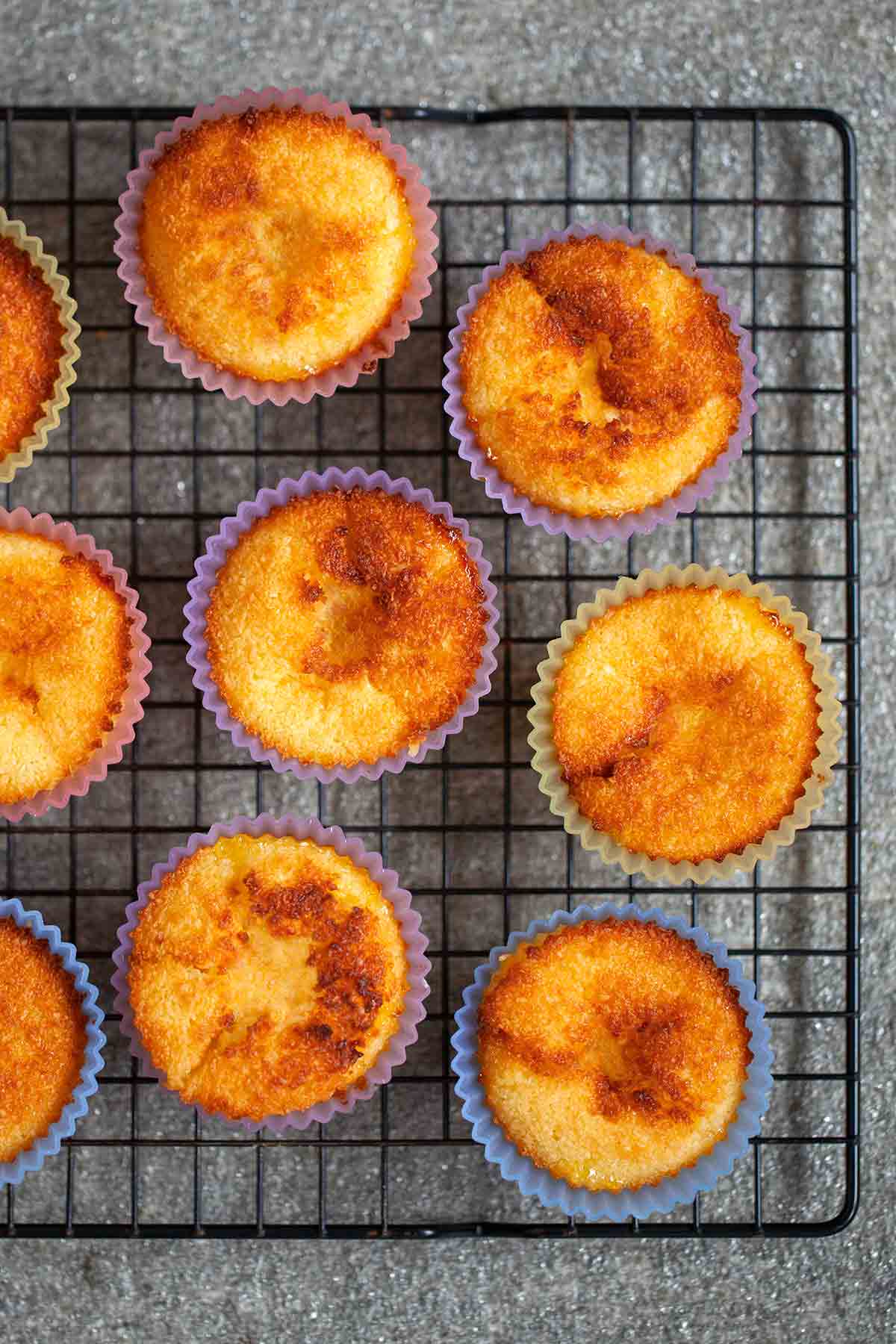 Do Portuguese custard tarts need to be refrigerated?

If you don’t make all these little coconut custard tarts disappear the day you bake them, yes, you should cover and refrigerate them. We vastly prefer the taste of them when warm, so slip them in a toaster oven or a low oven for about 10 minutes to bring them back to their original taste and texture. The dessert tarts are best consumed within a day or two…which shouldn’t be a problem. 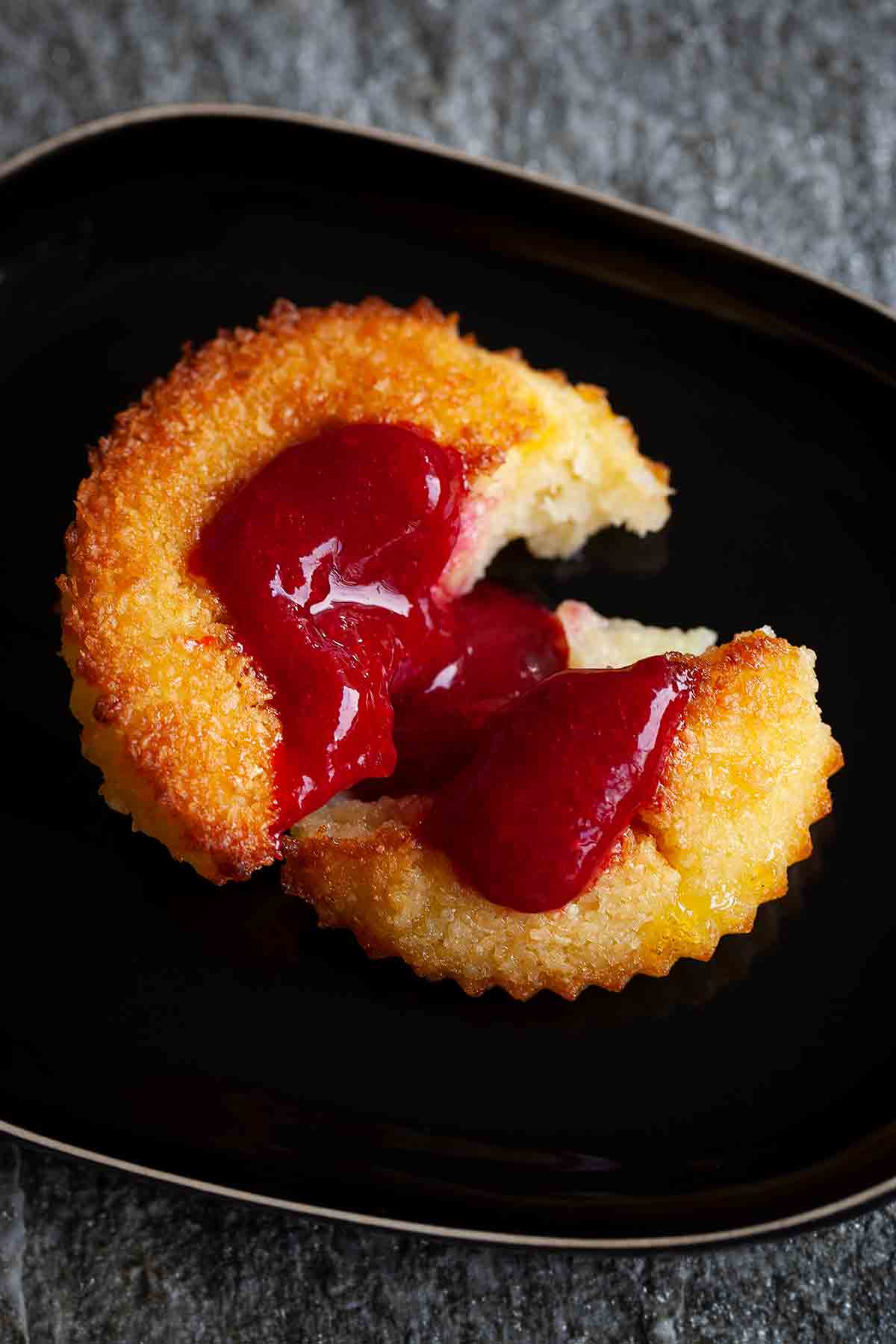 Preheat the oven to 375°F (190°C). Adjust the oven rack to the middle position. Line a 12-cup muffin tin with 11 paper cupcake liners and, if desired, coat the liners with the nonstick vegetable spray oil.

☞ Tester tip: To avoid the tarts sticking to paper liners, you can do what reader Olga DeMedeiros does and rely on foil cupcake liners sprayed with nonstick vegetable spray to ensure your tarts slip out easy peasy.

In a small bowl, dissolve the cornstarch in 1/4 cup milk.

In a food processor, shred the coconut flakes for 30 seconds.

In a large bowl, stir the eggs and sugar together with a wooden spoon. One by one, add the cornstarch mixture, the remaining milk, the coconut, melted butter, and lemon extract, stirring well after each addition.

Ladle the custard into the paper cups, filling each 1/4 inch from the top. Make sure to stir the custard frequently to keep the coconut evenly distributed. You’ll be able to fill 10 to 11 liners.

Bake for 25 to 30 minutes, until the coconut is nicely toasted. Cool completely in the muffin tin before serving. Originally published March 10, 1999.

One per person was plenty.