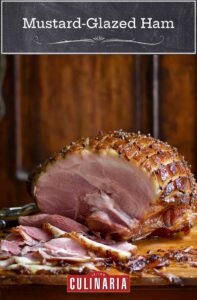 This glazed ham with brown sugar, pineapple, honey, mustard, and marmalade is a centerpiece-worthy baked ham that we adore for its good looks and classic taste. Easy as can be and impressive as heck. Best cured pork we’ve ever had.

Plonk this glazed ham on your holiday table and then step back, listen to the gasps and oohs and aahs, accept countless accolades, and watch it disappear. The innate ham-iness of this baked ham is a big draw but the hints of pineapple, marmalade, and mustard certainly don’t do it any wrong. Quite the contrary, actually. Quite frankly, most folks who’ve tried this have declared it to be the best ham ever. Even our editor-in-chief’s family clamors for it each Christmas and Easter. Sorta makes you want to see what all the fuss is about, eh?–Renee Schettler Rossi

*How to buy a ham

Let’s be honest, shall we? It can be intimidating to step up to the butcher counter and be confronted with countless different types of ham. Spiral-sliced. Smoked. Cured. Uncured. With natural juices. Water added. It’s enough to make you want to just walk away. We have answers. And you’ll find them in our handy How To Buy A Ham cheat sheet. 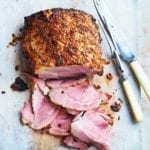 This glazed ham with brown sugar, pineapple, honey, mustard, and marmalade is a centerpiece-worthy baked ham that we adore for its good looks and classic taste. Easy as can be and impressive as heck. Best cured pork we’ve ever had.
Prep 15 mins
Cook 2 hrs 15 mins
Total 2 hrs 30 mins
Mains
American
8 to 12 servings
659 kcal
4.80 / 5 votes
Print Recipe 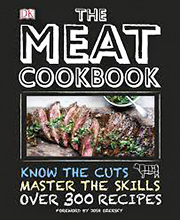 I made this glazed ham over the holidays but it’s a recipe that’s easy enough to do for a nice weekend dinner. There was very minimal prep, and most of the time spent was hands-free while the ham baked—who doesn’t love that?! This was so simple to pull together and provided plenty of leftovers for our small family.

I used orange marmalade and juice from some canned pineapple for the glaze. I left the ham in the foil for 2 hours as directed but I took it out after 20 minutes of basting, as I was using the convection setting on my oven, and the ham seemed plenty brown at that point.

This was the first time I actually made a glazed ham from scratch. Everyone loved the recipe. We decided to do it for Christmas dinner. The recipe is extremely easy to make and requires just a few ingredients.

I was worried it wouldn’t be enough glaze, but as I brushed the ham throughout the baking time, I realized it was the perfect amount. The glaze wasn’t as sweet as those you buy commercially. The orange flavor was pretty prominent, more so than the pineapple juice. (The marmalade I used was an orange one that wasn’t too sweet.) We were 8 total and still had some leftover ham.