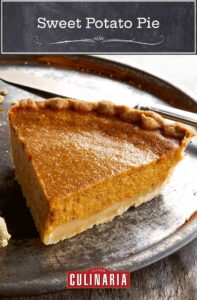 Adapted from Cheryl Day | Griffith Day | The Back in the Day Bakery Cookbook | Artisan, 2012

I cannot imagine a holiday without this traditional Southern sweet potato pie on the table. I use almost every spice in the cabinet to add depth and warmth to the silky filling. Serve this easy sweet potato pie with a big dollop of whipped cream, with a dusting of freshly grated nutmeg on top. Comfort baked into a pie.–Cheryl Day and Griffith Day

What can I do with extra sweet potato pie filing?

This Southern sweet potato pie recipe does make an extraordinary amount of filling, so much so that you might wonder how best to use it all. Fill your standard pie plate to the brim and then slurp up the rest of the filling with a spoon. Or you can measure out every last drop of the excess into ramekins and bake them into custards. Do you instead divvy the filling between two standard 8-inch pie plates and beget twice the pie—albeit each with a slightly skimpy amount of custard? Or do you just grab your 10-inch cast-iron skillet and pretend it’s a pie plate and call it a day?

What can I use instead of blackstrap molasses in this pie?

Blackstrap molasses is quite different from other types of molasses. It’s actually a lot more bitter and saltier, and not quite as sweet. You can use sorghum syrup, as the author suggests. You can also use dark molasses but be aware that it will add more sweetness than blackstrap.

Can I make this pie ahead of time?

Our readers have found that this pie is best served the same day it’s made. You can go ahead and make it several hours before serving as it does need to cool completely. 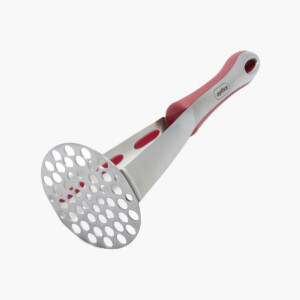 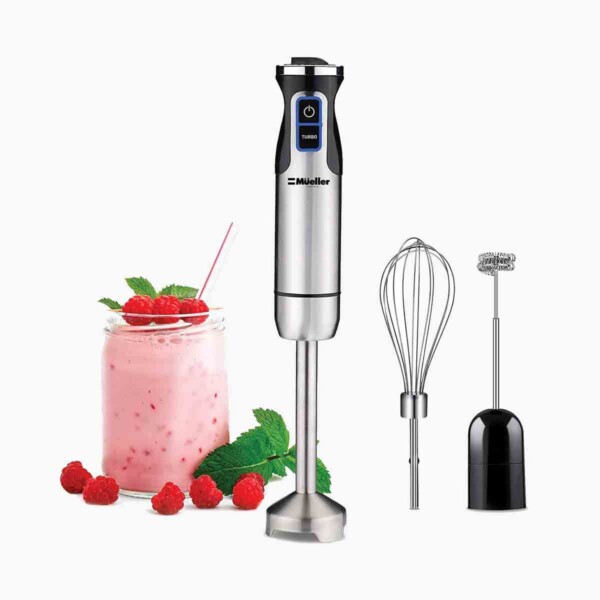 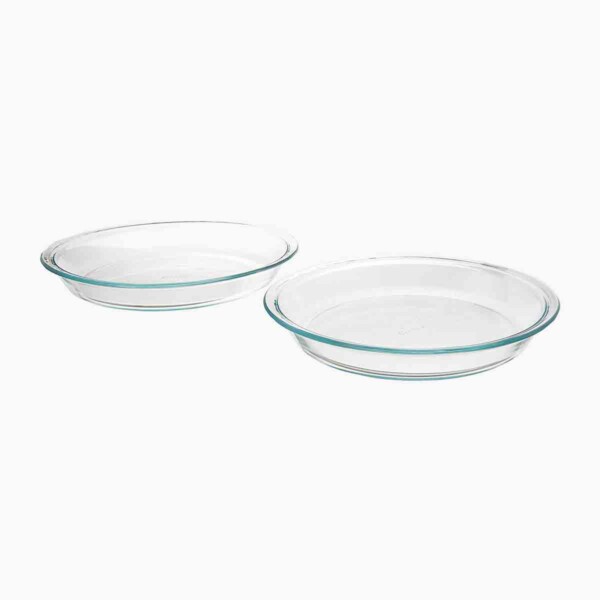 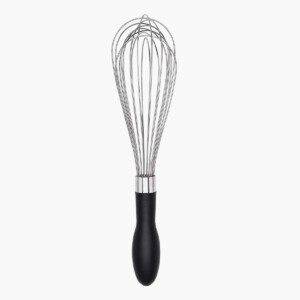 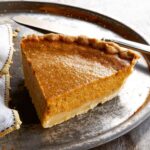 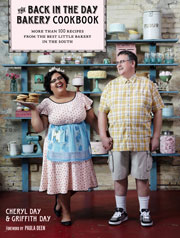 I heart Southern sweet potato pie in a serious way. It reminds me of falling leaves, warm blankets, and the scent of cinnamon coming out of mom’s kitchen. This recipe didn’t disappoint, as it turned out pretty dang good if I say so myself. There were a few tweaks made as I worked through the recipe. I used whole sweet potatoes and followed the instructions but had to lengthen the cooking time to 70 minutes instead of 40 to 60 minutes to make sure they were fork-tender.

A potato ricer worked killer instead of mashing with a fork so my taters were smooth and creamy! So no matter how awesome the filling is, if your crust isn’t up to snuff then why bother, right? Don’t worry here, as the Shortcut Piecrust is all that and a box of chocolates. It has a deep rich buttery flavor akin to some of the best shortbread cookies out there. Plus no rolling pin involved. Hooray! I had to use a 10-inch pie plate, as that’s all I had, so the crust was slightly thinner than I would’ve liked but still held up as I sliced each piece. Can’t wait to eat another slice!

This recipe puts my Southern neighbor’s amazing sweet potato pie to shame. It’s easy, it’s gorgeous, and it’s delicious. I used a food processor to make sure I had a very smooth filling. I modified it to make 2 pies—I had a hard time pressing the crust up the entirety of the pie plate sides and the filling would’ve come up higher than the crust. So I made another crust and split the batter, reducing the cooking time to 25 minutes. Now I’ve a pie to bring home tomorrow and a pie for my neighbors!

Great pie! Great crust! I used canned sweet potatoes (unsweetened, no syrup), 2 cups after mashing. That part of the recipe was a little confusing, as it called for 2 cups of purée or 2 cups of chunks (which would be less after puréeing/mashing). The consistency of the pie was great with the amount I used, though if you want it more custardy, you could use less than 2 cups of mash/purée. I ended up with almost 2 full custard cups of leftover filling after the piecrust was filled to the brim.

The pie crust is delicious and holds together well. I used light brown sugar: chiseled off a dry lump in my pantry. There were quite a few little lumps of sugar left in the crust, but I believe that just added to the rustic appeal. The final crust (and filling) held together well when cut and served. Though denser than a traditional piecrust, it’s not at all dense.

My favorite root vegetable in a pie? Simply divine. I loved everything about it. With such humble ingredients, it certainly makes for a dazzling dessert. The pie crust was a cinch to make and so was the filling. I used a 9-inch deep-dish pie pan. I patted the crust onto the bottom of the pan and the sides, and blind-baked it. Once the filling was in, I baked it for a total of 70 minutes, and for the last 20 minutes, I tented the pie to prevent the edges from burning. I baked it 15 minutes more than what the recipe suggested, as I felt the center wasn’t cooking enough due to the volume of the custard.

Perhaps 2 small pie plates may be better. However, the cooled pie was simply delicious and I could get the hint of cardamom with every bite. This is a keeper for sure.

Wow! I thought this was an excellent pie. The spices were wonderful and you could really taste the molasses. It was my first sweet potato pie (well, I used 1 sweet potato and 1 yam since that’s what I had) and I’d definitely make it again. I also didn’t have ground mace so I substituted nutmeg instead. One slight change I’d make next time is that it’s very sweet and could use a bit less sugar. I’m guessing 1/4 cup of granulated and 1/4 of brown sugar would suffice.

This was the first sweet potato pie I’ve ever made, but it certainly won’t be my last. Long a fan and maker of pumpkin and squash pies each autumn, I’d somehow not gotten around to trying my hand at a sweet potato version. In many ways they’re similar, and I’m sure that pumpkin could be substituted in this recipe with great results. Unless you’re really pressed for time, do start from raw sweet potatoes and don’t go the canned route; as with pumpkin, the results will be superior. I did find that cooking my potatoes took almost 50% longer than the time stated in the recipe, so keep that in mind.

I found the spice mix for the filling to be quite special, resulting in a pie with a depth of flavor not normally associated with a pumpkin pie. The molasses, cardamom, and mace are the stars of the show in this beauty. As for the press-in crust, I suspect that I’ll never roll out a single pie crust again. Super easy to form and remarkably tender, this buttery wonder is the real deal. Anyone anxious about making a piecrust from scratch needs to try this method immediately—so much better than store-bought crusts, and just about as easy. Make this for your Thanksgiving table and revel in the oohs and ahhs.

I like to use pumpkin for fall baking, but sweet potatoes are a nice alternative. This recipe is for a pie similar to an ordinary pumpkin pie. The spices are different though, and the flavor and texture are different and delicious.

I used whole sweet potatoes. When I initially measured them, I filled a glass 2-cup pitcher to the top (above the 2-cup mark), then I mashed them with a fork, and just out of curiosity, put them back into the pitcher. At that point the measure was exactly 2 cups of mashed sweet potatoes. This was combined with the other ingredients. After filling the pie crust, there were almost 2 cups of filling leftover.

The pie required about 55 minutes to bake. The flavor is distinctly sweet potato and the spices are balanced. The choice of brown sugar shortbread for the crust is a good one, though I’d suggest a thinner version.

Where’s the cinnamon, you ask? Don’t fret—you won’t be disappointed with the blend of spices this pie calls for! (“Delicious,” said all of my tasters who love the traditional sweet potato pie.) And you can make the pie fast, thanks to the shortcut crust. The buttery crust holds the creamy and seductively aromatic filling well, and is just tender enough for clean slicing. I’ll definitely make this pie again.

This is a really good recipe for Southern sweet potato pie. Before we had even finished it, my five-year-old said, “Mama, will you make sweet potato pie again?” I love the addition of cardamom to the traditional spices; it’s a nice touch.

I have to confess that I actually baked the sweet potatoes in the microwave and then scooped out the insides to measure 2 cups. Also, instead of mashing them with a fork, I used my immersion blender to purée the sweet potato with the wet ingredients. This made the filling incredibly smooth and silky.

I was slightly disappointed that the crust wasn’t as pretty as a traditional crust would be. I’ll be sure to cover it for at least half of the baking time next time I make it so it doesn’t brown too much.

What a nice little pie. This is very close in taste to the classic pumpkin pie that is so traditional at holiday time. It’d make a great substitute if pumpkin isn’t available. I liked the addition of the molasses and the mace, 2 underappreciated ingredients.

I did as instructed and measured 2 cups of the baked sweet potato chunks and then mashed them. I then had just over a cup and a half of the mashed potatoes. I found mashing with a fork just doesn’t make for a smooth mix. I think next time I’d use the food processor or a food mill to make the mash smoother. I’ll use this recipe again.

This is an involved recipe. However, the flavor was really good.