This pumpkin spice syrup is made with sugar, water, pumpkin puree, and spices just like you’ll find at Starbucks. But better. It’s a fantastic (and inexpensive!) way to add some pumpkin spice flair to your lattes, smoothies, pancakes, or frosting. Here’s how to make it. 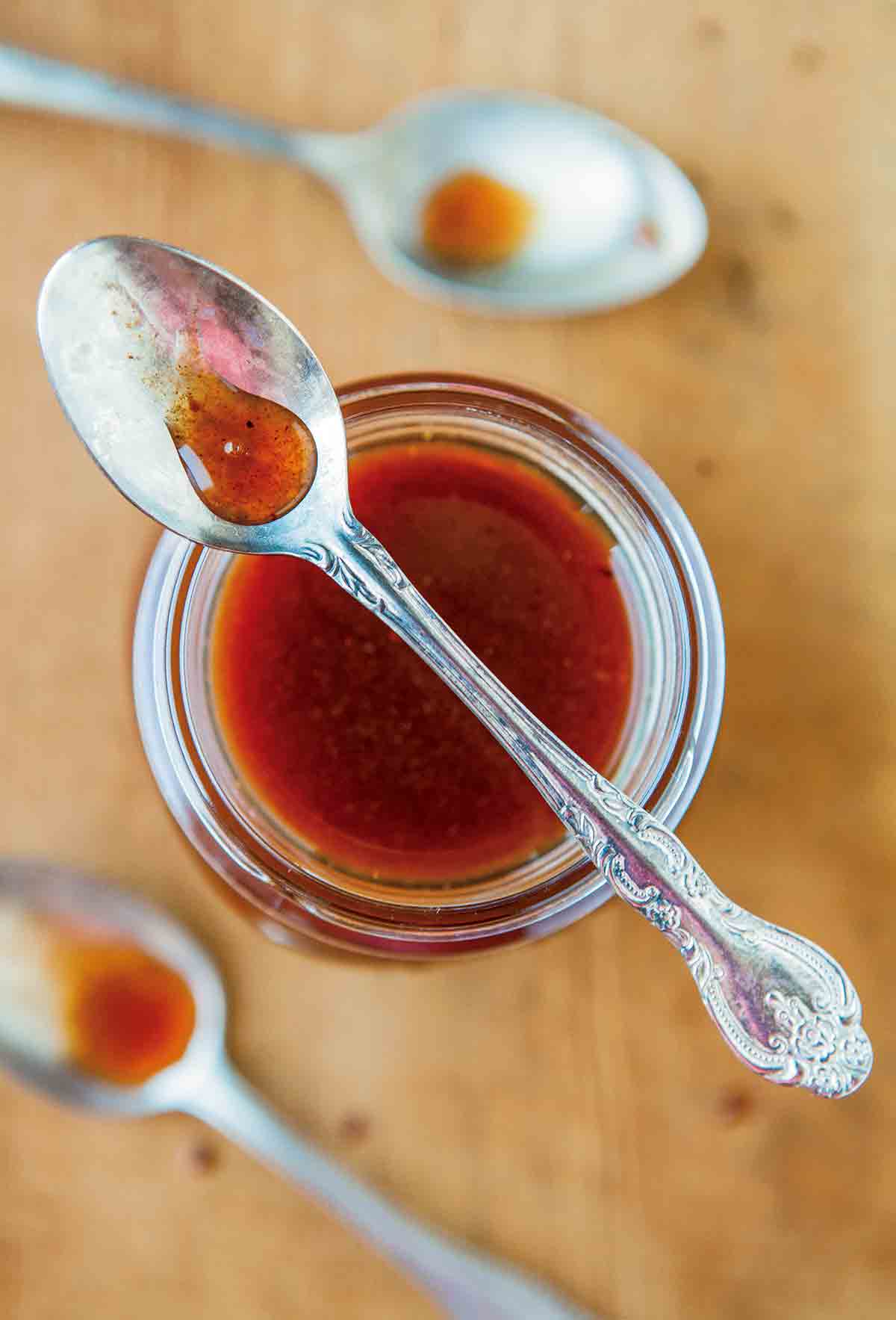 Confession time, everyone. We know that this time of year, it can be easy to succumb to pumpkin spice obsession. When you feel that need to indulge come on, you’ll want to be able to reach for a jar of this in the fridge.–Renee Schettler Rossi 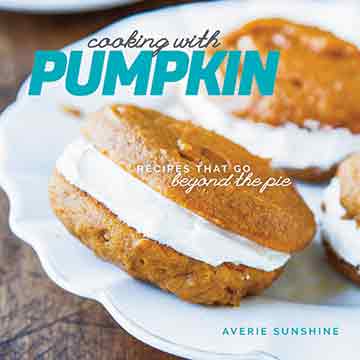 In a medium saucepan over medium heat, combine the sugar and water and whisk constantly until the sugar dissolves.

Whisk in the pumpkin purée, cinnamon, pumpkin pie spice, nutmeg, cloves, and ginger. Continue to cook, whisking frequently, until the mixture thickens and reduces in volume, about 10 minutes more. Don’t let the mixture come to a boil.

Turn off the heat and let the pumpkin spice syrup cool in the pan for about 15 minutes.

If desired, strain the pumpkin spice syrup through a strainer lined with a coffee filter or cheesecloth.

☞ Tester tip: Straining the syrup requires a touch of patience since the liquid is thick and will take quite a while to strain. It’s not necessary to strain it, although straining does prevent the spice residue from clinging to your coffee cup after you’re done sucking down your pumpkin spice latte. If you don’t strain the syrup, it will need a quick shake or stir before using to redistribute the settled spices.

Transfer the syrup to a glass jar or other container with a lid. You can stash the syrup in the refrigerator for up to 1 month. Originally published October 16, 2014.

This pumpkin spice syrup recipe is just what I've been looking for—spicy, pumpkin-y, deep orange sweetness. We love all things pumpkin and spice, but I really dislike the imitation flavors of some products. It never occurred to me to try making my own pumpkin spice syrup.

It's the perfect addition to any number of dishes. I didn't strain the syrup, and it's just fine—the spices aren’t at all gritty. Since I didn’t strain the syrup, it does need a quick shake to redistribute the settled spices before using. I cut the cloves down to 1/8 teaspoon, and we still thought it was a little strong. Next time I'll use less.

It’s best to start with half the amount you think you will need and then add more after tasting. We started with 2 tablespoons in a 12-ounce cup of coffee, but it was too sweet and too spicy—just too much. But when we remade the coffee with a little less than 1 1/2 tablespoons syrup, it was perfect. Definitely use with restraint, taste, and adjust.

A couple tablespoons of syrup took a bowl of plain mashed sweet potatoes to sublime heights. And my morning oatmeal was truly a treat when I stirred in a tablespoon of spicy sweetness. I can’t wait to figure out other ways to use the rest of the syrup. I think this will be a permanent resident in the fridge this fall and winter.

This pumpkin spice syrup is a truly splendid fall condiment. Everyone loved it.

It's very simple to make, taking less than 5 minutes hands-on time and about 15 minutes cooking time. We used this syrup in coffee and tea, on ice cream, over muffins, on top of cookies, and with anything else we could find. If the syrup is not strained, the texture will be slightly grainy from the undissolved spices; however, this texture is not detrimental to finished product. A great recipe for those of us who love the flavor of fall available at our fingertips.

The best of autumn's flavors in a versatile, easy-to-use format!

When making the pumpkin spice syrup recipe, I found I needed to stir the syrup almost constantly to prevent it from boiling. I also cooked it an additional 5 minutes to let it reduce further. Then I tasted it warm–it was lovely. It was also fine chilled, straight from the fridge, though I now think I'd warm it up before serving that way. I decided not to strain it, which was a fine decision for use as pancake syrup the next day. I was prepared to say I might strain it for certain uses, but when I thought of my suggestions for additional uses, not a one seems to me that it would benefit substantially from straining.

One additional thought I had was to substitute the cup of sugar, either in whole or in part, with light or dark brown sugar, which would deepen the already rich fall flavors and reaffirm the flavors of the spice mix.

When I first read this recipe, I immediately made the association from syrup to pancakes. So I made this syrup and also the Whole-Wheat Pancakes with Strawberry Sauce recipe but without the strawberry sauce. This was a terrific combination and the first of many such pairings I can envision with my pumpkin syrup! Use this, as I did, atop pancakes, waffles, or French toast—and let me stop right there for a moment and say that literally ALL French toast recipes sound like they were designed to be doused with this syrup! But there's more.

This would be great in beverages—coffee, warm milk, cider, hot tea or chai—as well as mixed into bread pudding, stirred into Greek yogurt, swirled into a yogurt parfait, added to a smoothie (think banana pumpkin spice or apple pumpkin spice), drizzled onto pumpkin or apple pie, dribbled onto ice cream, or spooned over pie a la mode, to name just a few additional ideas.

For Thanksgiving, since my husband and I were traveling as guests, we made this pumpkin spice recipe as part of our bar kit. I roasted a sugar pumpkin and my dear husband made the syrup—initially as a double batch, but he was so fascinated with it as it reduced (and our house smelled so wonderful) that he quick made another batch so we would be coming home to some as well. We decided to NOT excessively filter it, which resulted in it having a lovely thickness and specks of spice.

On the day we made the pumpkin spice syrup, i made fresh pumpkin lemonades and a pumpkin and rum cocktail, but the revelations have been in the week or so since the holiday. I give credit to my personal barista for the best latte with sweetness I have ever had, and also for his refinement of my martini idea.

Latte with Pumpkin Spice Syrup
1 teaspoon Pumpkin Spice syrup
170 ml milk (6 ounces)
30 to 40 ml espresso (ristretto shot pulled with 20 grams Verve Sermon or your favorite beans)
Put the pumpkin spice syrup into the milk in the steaming jug, then pull your shot into your a 10-ounce mug and set on warm area of your machine. steam the milk with the syrup and pour into the espresso