Duck confit is a French staple that’s perhaps the best thing that could ever happen to duck legs in any possible universe. Here’s how to make it and what to serve with it.

Duck confit is a traditional way to yield the most magnificently rich and tender duck imaginable. Although historically, that wasn’t even the objective. This classic French method of salt curing duck legs and then braising them in duck fat was relied on to preserve meat without refrigeration for long periods of time. But we keep this technique in our arsenal for the astoundingly tender results it never fails to incur. The process itself takes a couple days but the actual work from you is minimal. Although it’s so fantastically delicious you’ll want to devour the entire batch in a single sitting, resist. The duck confit lasts a long time when stored in rendered duck fat, in keeping with its heritage, and can be used in an endless number of soul-satisfying ways. [Editor’s Note: We’ve listed a few uses for duck confit below, but it’s just the beginning. Use your imagination. And then let us know in a comment below.]–Angie Zoobkoff

What To Serve With Duck Confit 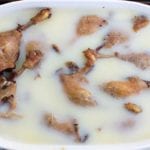 Ever wonder what all the fuss is about duck confit? The wait is over.
Prep 15 mins
Cook 2 hrs 45 mins
Chilling time 18 hrs
Total 21 hrs
Mains
French
10 servings
2016 kcal
5 from 1 vote
Print Recipe 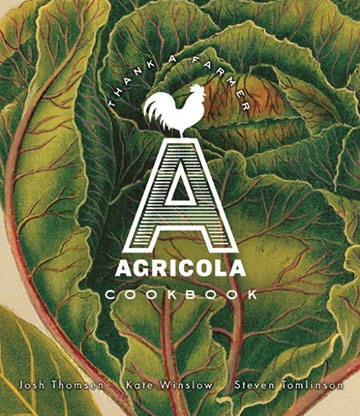 *Where To Buy Rendered Duck Fat

Buying a large quantity of rendered duck fat can become pricey pretty quickly if you rely on those wee glass jars found at specialty markets. We’re talking half a paycheck! Instead, consider asking your butcher if it’s possible to special order a couple quarts rendered duck fat for you. Or if you happen to have a local duck farm, ask if they’d be willing to sell you some rendered duck fat (aka liquid gold) along with some duck legs. You can also buy tubs of rendered duck fat online from numerous purveyors, including Farm Fresh Duck, Hudson Valley Foie Gras, and D’Artagnan.

Well. Now I know what all the fuss is about when it comes to duck confit. The flavor of the duck meat is mind-blowing. It’s meltingly tender and rich and I really had to stop myself from “sampling” so there would be enough left for the cassoulet! This recipe is very simple to make with outstanding results. The duck did come out a little salty, which would be easy enough to balance out in a stew, cassoulet or other dish, but if you were going to serve the legs grilled on top of a salad or something, you’d want to be very careful in adding any salt to the remainder of the dish. I halved the recipe so it made 5 legs. (One to sample and the rest for the cassoulet.) The type of duck wasn’t labeled on the package but the total weight was 2.5 pounds and I needed 1.5 quarts of rendered duck fat to cover those 5 legs. The cook time was accurate at 2 1/2 hours as the meat was falling off the bone at that point.

I have always wanted to make duck confit. The seasoning for the duck took mere minutes to prepare and season the legs. Melting the duck fat the next day after washing the legs took about 5 minutes over a very low heat. The legs fit in a single layer in a rectangular ceramic baker so I was assured that the legs would be completely covered by the melted fat. The result after 3 hours in the low oven was tender fall off the bone duck meat. I put half the legs into a tightly sealed container and covered them with stained duck fat for storage in the fridge. Two of the legs I put into a small container with some of the fat for a friend. I’m not sure what she used it for but she was thrilled to receive it. For the last 2 legs, I pulled the meat off, heated it in a pan to crisp it, and served it on a bed of greens with sliced potatoes cooked in some of the duck fat. This is not a dish for everyday but certainly worthy of special occasions and weekends. I contacted a local duck farm and they were willing to sell me a 2-kg pail of duck fat for less than $20.00 when I bought the legs from them, too. I got a 2-kg package of 8 duck legs and used 3/4 of the pail of duck fat when making the confit.