This vegan meringue is made with three ingredients—sugar, cream of tartar, and aquafaba, the liquid found in a can of chickpeas. It whips up just as quick and fluffy as traditional meringue and can be used on pies or as frosting.

When it comes to creating a pristine white, lofty meringue, it turns out you can be vegan and eat your meringue, too. The secret ingredient is aquafaba, the liquid in a can of chickpeas, and surprisingly it creates a vegan meringue as fluffy as the classic. Drop dollops of it on parchment and bake it into cookies, slather it on pie, harness it as frosting, heck, since there’s no pesky raw egg in it, you can even lick the whisk.–Angie Zoobkoff 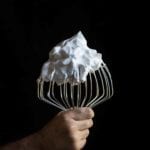 This vegan meringue is made with three ingredients—sugar, cream of tartar, and aquafaba, the liquid found in a can of chickpeas. It whips up just as quick and fluffy as traditional meringue and can be used on pies or as frosting.
Chad Sarno | Derek Sarno
Prep 10 mins
Cook 5 mins
Total 15 mins
Dessert
French
6 to 7 cups
65 kcal
5 / 2 votes
Print Recipe 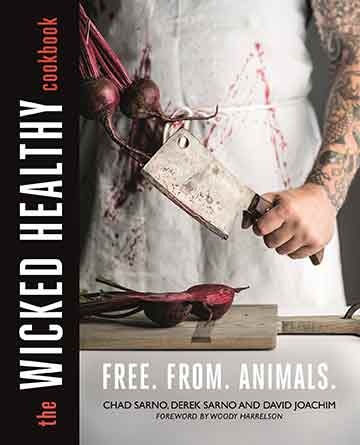 This recipe is the answer to the vegan or egg-allergic meringue lover! I was pleasantly surprised to create a sturdy and delicious meringue out of what usually hits the drain while rinsing my chickpeas!

So many possibilities here. I piped some into nest shapes and baked them. I also made some cookies with silver sugar sprinkled on top. And I used the chickpeas in a veggie salad

When I saw that this meringue was plant-based, I had to try it. Because of my husband’s type-2 diabetes, I’m game to try anything to make his life a little healthier without too much compromise. This absolutely works although, in my opinion, it needs more flavor.

I got 1/2 cup of liquid from the can, and because I love chickpeas, I added parsley and the squeeze of a lemon and ate them while I worked on this. I did not have superfine sugar, so I made my own, with no problem, following the instructions.

Once I started whipping the liquid, it took probably a little less than the 4 minutes to get the desired consistency, and another 2 minutes to mix in the sugar. To my surprise, it was quick, and it really held its shape nicely. When it was time to bake, I placed heaping spoonfuls of the fluffy clouds into a pan with wax paper and baked them. I got about 10 and once they were done, they were good enough to serve with lemon- and vanilla-macerated berries. However, I thought they would be even better if they had a hint of vanilla or almond extract. They were also a little dry, not like the egg ones that have that chewy consistency to it. However, that could be my time and oven temperature. I never made meringue before.

This is something I will continue to work on. I feel the consistency of the meringue could be used for other desserts that call for egg whites and this could be a great substitution when following a plant-based diet.

I’ve wanted to try making meringue from aquafaba for some time and this recipe test provided the perfect excuse!

After a few minutes of mixing, the meringue started gaining in volume. It took 5 minutes for it to start to hold peaks. It took about 2 minutes after adding the sugar for it to look just like a meringue. I stuck my finger in and tasted the mixture and it wasn’t beany at all, just very sweet. It’s amazing how the yellowish bean aquafaba yielded a pure white and fluffy meringue.