Beer bread. If you’re not already familiar with it, yes, it’s a thing. And you can toss it together at the last minute from ingredients you probably already have on hand. No yeast required. So ridiculously easy. So incredibly satisfying.

Beer bread just got fancy. Well, sorta. It’s still quick and easy and approachable. But the combination of whole wheat and white flour not only makes this lager loaf a little more virtuous than most, but the whole wheat nicely complements the beer flavor in an almost sophisticated manner. On the table in just an hour, it’s certain to draw raves, whether you toast it or simply set out slices along with cheese, soup, or nothing at all. –Renee Schettler Rossi 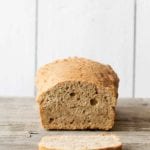 Beer bread. If you’re not already familiar with it, yes, it’s a thing. And you can toss it together at the last minute from ingredients you probably already have on hand. No yeast required. So ridiculously easy. So incredibly satisfying.
Prep 10 mins
Cook 1 hr 5 mins
Total 1 hr 15 mins
Sides
American
16 servings
104 kcal
5 from 1 vote
Print Recipe 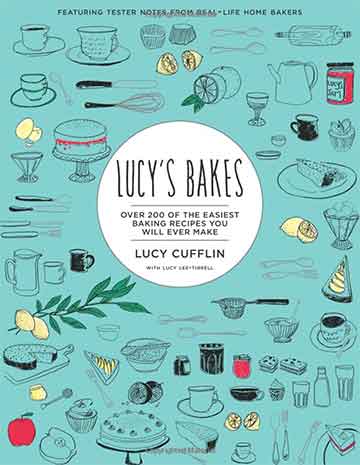 *What You Need To Know About Keeping This Beer Bread

Chances are, despite you not being able to keep your hands off this loaf, you’re not going to be able to demolish this entire loaf of beer bread the moment it comes out of the oven. And you know how disappointing some baked goods can be in both taste and texture when kept and reheated. So we asked our recipe testers to track their experience with this loaf of beer bread day by day. Here’s what they had to say. DAY 2 I cut the first slice 24 hours after I had wrapped the beer bread in plastic wrap and refrigerated it. It was very beery. The texture was like a typical quick bread. DAY 3 The beer flavor was mellowing and the bread was more dense. Yeah, that’s a good grilled cheese sandwich right there. DAY 5 Perfect. You know it’s beer bread from the taste but it’s not hitting you in the face. The texture is dense enough to make a good sandwich and good for whacking off a hunk to snack on in front of the TV. DAY 7 It finally began to turn stale. Crouton time.

This beer bread is so easy and tasty. I baked it for 1 hour and it was perfectly done. I had 2 cans of Budweiser left in my fridge from a previous visitor and I don’t care for Budweiser so it was a great way to use up the leftover beer. I can’t resist the crisp crust of freshly baked bread, so I cut one piece of bread as soon as it was out of the oven. The top crust was nicely crisped with a soft inner texture.

The recipe’s description of the resulting batter is spot on. It’s a soft, thick batter and not really a dough at all. It can be fairly easily poured into the pan, with a bit of scraping as it’s slightly sticky.

I have to say that wrapping this bread in plastic wrap is the one thing I would change. The crust loses all crispness and something happens to bring out the beer flavor (the heat inside the cling film?). I cut another piece an hour later and there was a distinct beer smell and slight beer flavor. I would definitely make this bread again, but I wouldn’t wrap it.

Generally when I hear soda bread, I turn the other way. But this beer bread has several things going for it. First, it takes just over an hour from start to finish. Next, this bread doesn’t have that bad aftertaste I associate with soda bread. When cooled, this bread has a nice sandwich-bread consistency and a sweet whole wheat flavor. I will surely make this one again.

Maybe because it uses baking powder instead of baking soda, it has the consistency of cake. And, because there’s no kneading, rising, or proofing, there is no time for gluten to develop. This means you will probably be best served making this a day ahead or at the very least letting it cool completely, allowing it to be sturdy enough for slicing.

This is a delicious, hearty quick bread that I’d be eager to serve with stew or a skillet meal although I also enjoyed it toasted with butter as a snack. Initially I served the beer bread freshly baked with mustard chicken. The bread held its own with the strong flavors from the chicken dish.

The batter was typical of many of the other quick bread recipes I’ve made in the past—not as thin as a cake batter and not as sturdy as a yeast bread dough. It baked in exactly 1 hour and I wrapped it in plastic wrap immediately.

I kept leftovers in the refrigerator for a few days afterward to see if the flavor and texture kept up. I found that while I really enjoyed it hot and fresh with dinner, I toasted all the leftovers since I needed to warm the bread up from refrigeration anyway. I felt the flavor and quality of the refrigerated bread kept for 3 days—and perhaps longer but I didn’t have any left after 3 days. I used Miller High Life since it’s what I had on hand.