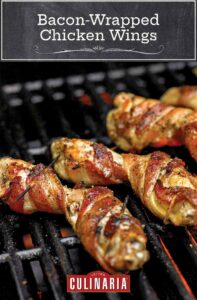 Bacon-wrapped chicken wings need just three ingredients–chicken wings, bacon, and black pepper–to make this stellar nosh. In about an hour you’ll have the best-grilled finger food you can imagine. And sooo simple. 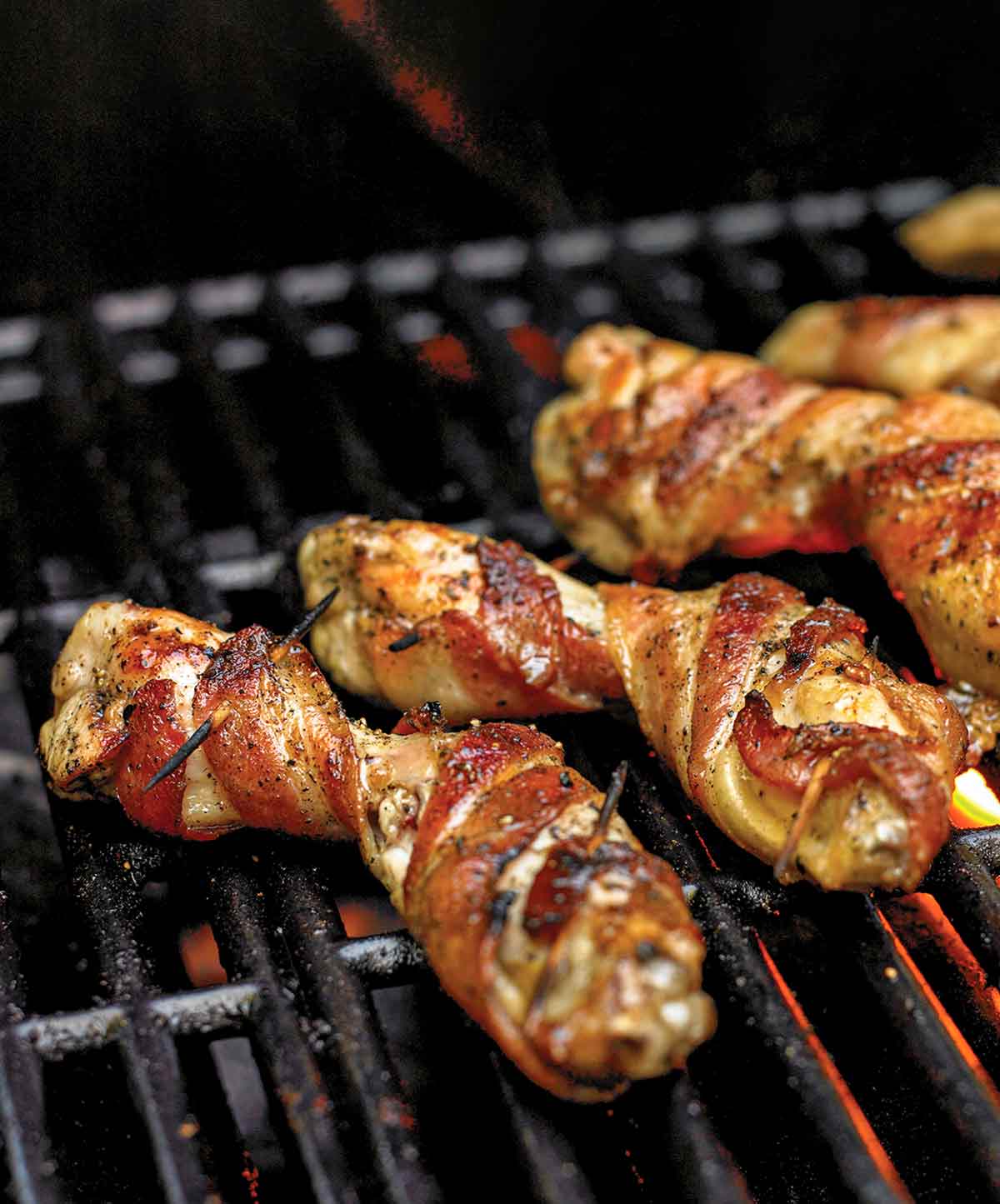 The thing that amazes me about this chicken wing recipe is that I got to this point in my life without thinking of it before. It’s just a natural for the grilling carnivore because, as we all know, everything tastes better wrapped in bacon. So you simply straighten out the chicken wing, wrap it in bacon, and cook it slowly until the bacon is cooked. Magically, the chicken wing is done perfectly at the same time—like some kind of cosmic convergence. Makes you think that these two meats were meant to be together and we just never figured it out before. For me, just a little pepper is all they need, but if you’d like to brush them with a little barbecue sauce during the last few minutes or splash a little hot sauce on before eating, I think either would work well. It would be hard to do anything that would hurt this wonderful combination.–Ray Lampe 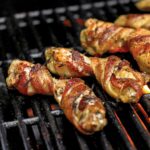 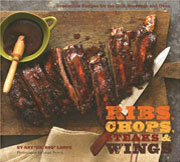 *Can I wrap my wings in thick-sliced bacon?

Everything's better with bacon, we know. But sometimes thinner bacon is better. Hear us out...to achieve a bacon-wrapped wing that gets cooked evenly, thin slices are the way to go. One-half slice perfectly wraps around each wing and both will be cooked at the same time. Reward your restraint here by cooking up those thick slabs next time you make breakfast.

These wings grilled up so beautifully. Imagine that once-exotic bacon-wrapped appetizer called rumaki, but without the chicken liver and water chestnut, and you get the idea. These were crispy-skinned, yet were juicy and tender on the inside. And it’s true: The bacon and chicken were magically done at the same time—like some kind of cosmic convergence. This is an easy main dish any time of the year or, as the recipe suggests, a winning appetizer.